Day two of the Changelings Blog tour has Marie Anne Bailey, of 1WriteWay, playing host. What can I say about Marie?

I love this picture of Marie, because you can just see the last bits of pink in her hair. Yes, Marie dyed her hair pink. Yes, Marie is my hero.

She is one of the most genuine people I know. Her compassion and open heart are tempered with wisdom and good humor. I’m not exactly certain how I found Marie – I think it might have been through Building Rome – but she has become such a part of my world that the starting point matters little.

I really got to know Marie – and her work – through the creative collective, The Community Storyboard. She quickly became one whose opinion I valued, for its hsincerity and honestly. Marie is a wonderful promoter of other writers, while also being an accomplished writer herself. Many of her pieces have been featured on The Community Storyboard as well as her own site. She’s turned her characters into her reviewers, incorporated her blogging world into her writing world in ways I could only dream of doing. When she chooses to release her books, I am going to be the first in line to pick them up!

Finally, on a personal note – and as a personal thank you – Marie was one of the beta readers for Changelings. Her thoughts and opinions were a vital part of later revisions.  She made me think about the book as it was, and as I wanted it to be. I have to believe that the story is better because her eyes were on it.

Collaborator: A Date with a Druid

Vignettes (and a personal favorite):  A Love Letter to a Young Man in a Foreign Land 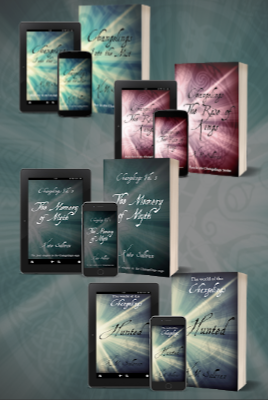